The possibility to establish a Nordic Centre in India was discussed already in 1995 during a meeting of the Nordic Association of South Asian Studies (NASA), an organization established in 1990 to promote exchanges between researchers and students in South Asia Studies. As a result of this and following discussions, the Nordic Centre in India (NCI) was founded in 2001 as a consortium of leading universities and research institutions in Denmark, Finland, Iceland, Norway, and Sweden. The objective of the consortium, which initially consisted of eight member universities and research institutions in the Nordic countries, was to strengthen and enhance Indian and South Asian studies in the Nordic countries and to support research activities in India and with Indian counterparts. The first years of NCI were devoted to the recruitment of new members of the consortium, to setting up the offices in India and in the Nordic region, identifying collaboration partners in India and tailoring study programmes for students from the member universities. 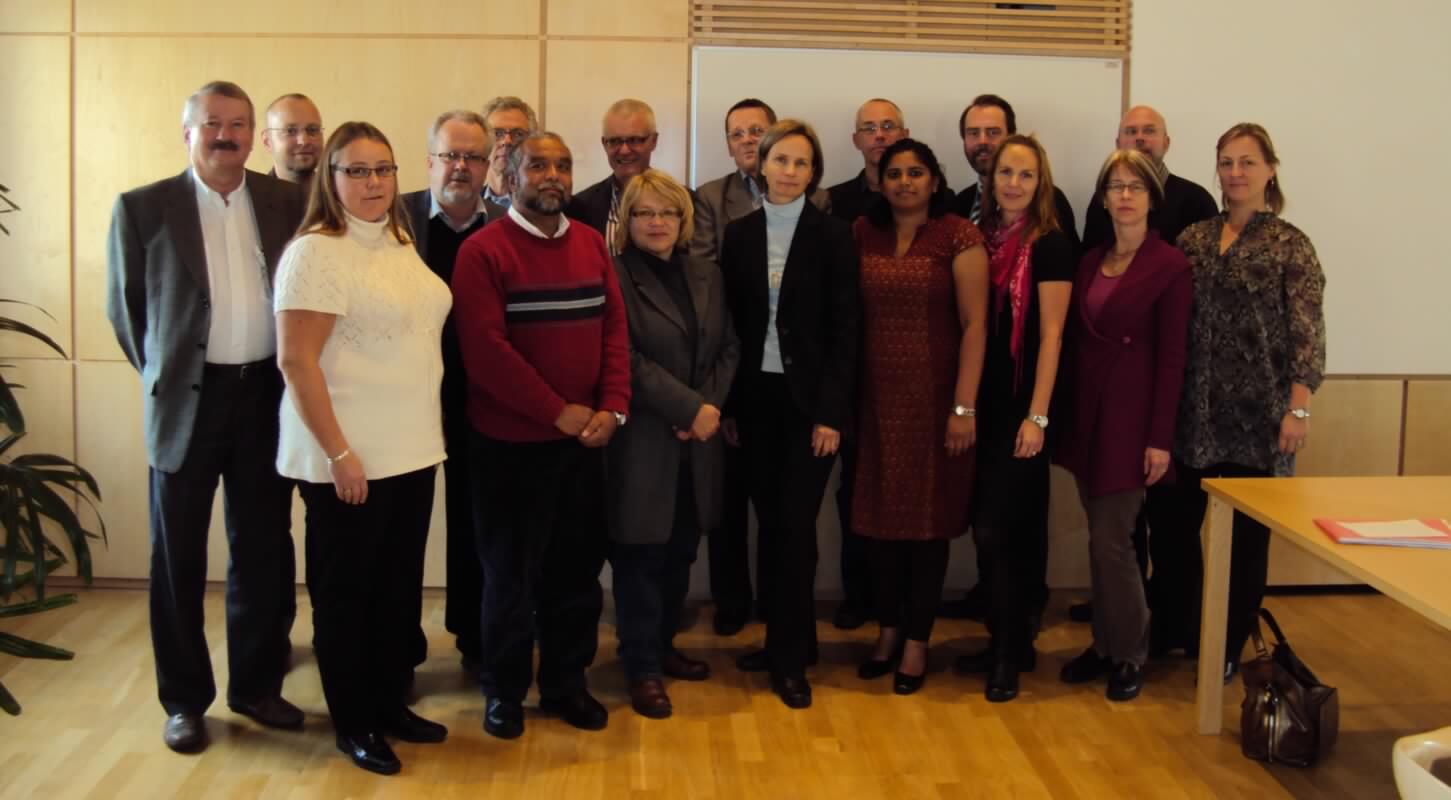 Initially NCI had a legal existence only in the Nordic countries, but in 2004 it was approved by the Indian government and could set up a liaison office in India with the approval of the Reserve Bank of India. A formal decision on the approval was taken by the Minister for Human Resources Development (HRD) Arjun Singh and publicly announced during an official visit to India by the Norwegian Deputy Foreign Minister Vidar Helgesen in October 2004.

Already in 2000 the first director of NCI, Dr. Stig Toft Madsen, in consultation with Mr. P. N. Malik who was formerly the Administrative Director of the Shastri Indo-Canadian Institute, explored the possibilities of establishing office space for Nordic researchers at the Centre for the Study of Developing Societies in Delhi. After NCI was founded the following year, it was decided to establish a residence for the Director in Nizamuddin East in New Delhi that could also be open to Nordic researchers and representatives of the member universities. With generous help from the Norwegian Embassy, among others, the flat was furnished. The residence of the Director has today become a popular meeting place for Nordic researchers in New Delhi.

Over the years NCI has expanded the organization with more members and developed its research and study activities on the Nordic and the Indian side. Among other things, NCI has established successful cooperation with University of Hyderabad (UoH), the Institute for Social and Economic Change in Bangalore (ISEC), the International Institute of Population Sciences in Mumbai (IIPS), the National Law School of India University in Bangalore (NLSIU) to jointly organize intensive training programs and summer courses that are tailor-made for Nordic students. NCI has also arranged several lectures and seminars on various topics at Jawaharlal Nehru University (JNU) in New Delhi and at other Indian universities. In cooperation with the Gandhian Institute of Studies in Varanasi, NCI organized a Hindi Study Program for students from the Nordic member universities from 2011. NCI has hosted several Nordic delegations visiting India as well as provided various kinds of research assistance to individual students, researchers and administrators from the member universities.

Since its inception NCI has developed into an important platform for research cooperation between its Nordic members and the Indian partner institutions. The increase of member universities and the large number of students and scholars taking part in the study and research activities organized by NCI demonstrate the need for such a platform.

Consultant to Nordic Centre in India